I am soooo late with this, but I was featured in the September Issue of Natural Bloom Magazine.

Check it out! And be sure to head over to the Natural Bloom blog to let the creator know what you think :o)

Wow! Again the TSA has had it hands in someone else's natural hair. In my opinion this time they picked an equivalent of a "Rosa Parks" of the natural hair community to probe - none other than natural hair activist/spokesperson/author Isis Brantley. 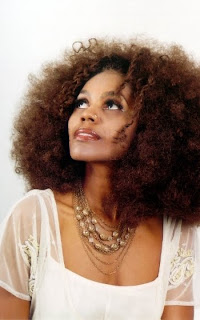 
According to News 11- Live Isis Brantley was on the train platform headed to catch a flight to Dallas when two TSA agents ran down the escalator behind her demanding to check her hair for explosives.

"Some random lady came up and said 'Did they check your hair?' and I said, 'What no,' and then I just kept going," she said.

Brantley said she was then told, "I have to pat your hair down to make sure you don't have any explosives." She said TSA agents did not take her into a private area to conduct the search, but patted her hair down right there in front of the train doors.

"She took her hand and she started digging around in my hair several times and I said, 'Find the explosives? Please don't do this to me. This is humiliating and embarrassing'," Brantley said.

Check out her video interview with News-11 here.

Isis was one of the guests on Nappturalite Radio in a show titled "Does Rocking Sew-in Wigs Make You and Undercover Natural. She was giving the do's and don'ts of wearing sew-in wigs.

Check the show out here

For those who don't know Isis Brantley is a natural hair pioneer/activist. She recently organized the 1st Natural Hair Parade & Festival - sponsored by Erykah Badu - that was held in Dallas, Texas on September 3, 2011.

In 1995, the Texas Board of Cosmetology charged Isis with breaking cosmetology regulations, by braiding hair without a license. She was taken to court and found guilty, however they couldn't find an actual violation to charge her with.

According to her website, her case was put off for two years. And in 1997 Isis was arrested for braiding hair without a license. Although at the time, no laws in the state of Texas required braiders to be licensed, many in the community saw the arrest as an attempt by the state to intimidate underground braiders and subject them to the same requirements as cosmetologists.

For this upcoming fall/winter season I plan on wearing all protective styles. With my newly short do, so far my most favorite style is mini-twists.

I wash and condition my hair, while my hair is wet, I put in two-strand twists. In the warmer months, I use a twist holding product to keep my twists in longer and prevent them from becoming frizzy due to humidity. In the cooler months I simply use a pomade. I add a little bit of the twist product or pomade to each section before twisting. 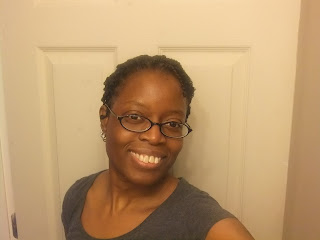 These were done with Sincere -Ly Naturale Products created by Dasia - I used her Whipped Pudding after washing to seal in the moisture and her Black KoKoa which is a cream/gel for twisting. Her shop is closed right now for restocking though - but be sure to look out for when it reopens because her products are wonderful! 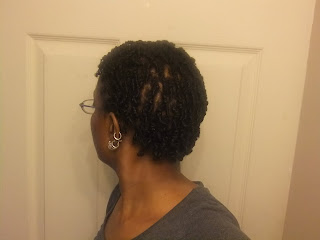 For some reason, I always wind up with holes in the back. I end up redoing them in the morning - separating the twists making them smaller.

At night I just cover with a satin scarf. Some mornings I let the shower spritz them a little or at night before covering, I use a spritz bottle filled with water and a little essential oil. 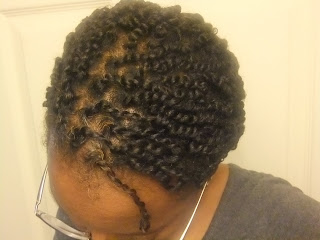 Top - I twisted the top to the side - trying to put them in some type of style :o) I keep these in for two weeks and sometimes unravel for a twist-out. 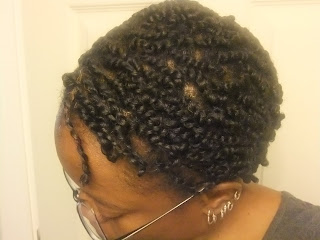 Top/Side - I twisted the sides going back - you can see another hole - lol. As the twists get old they swell a bit and the tiny holes get covered, but most of the time my OCD kicks in and I just redo them before this happens. 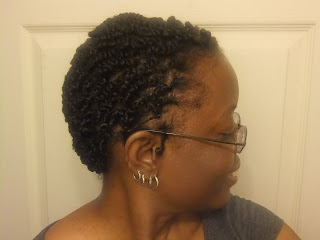 Other side - my signature one twist that always goes under my glasses handle - I can't explain why, but I always have to have one there. I like this side the best because there are no big holes!


Check out my video review of Sincere-Ly Naturale products :o)