I had the opportunity to review some bath and body products from tgin (Thank God I'm Natural).

If the name sounds familiar they are indeed products from a line by the author of the book Thank God I'm Natural: The Ultimate Guide to Caring for and Maintaining Natural Hair .

Check out my review video below :o)

Peace and Blessings...
Posted by Laquita at 7:25 AM No comments:

She's giving away 5 combos of Bobeam Shampoo Bars, so there will be 5 winners and the giveaway ends on February 18, 2012.
Check out her giveaway video for details :o)


Peace and Blessings...
Posted by Laquita at 9:50 AM No comments:

A winner for the PMD Personal Microderm Giveaway has been chosen (via random.org) :o)

Congrats Natural Hair Latina :o) And thank you to everyone else who participated!!!

Stay tuned for my next big giveaway in March - Laquita's Favorite Things Giveaway!

Be sure to stop by Natural Hair Latina's Blog to congratulate her and visit All Naptural sponsor PMD Personal Microderm.com :o)

Peace and Blessings...
Posted by Laquita at 10:03 AM No comments:

Check out her video below for giveaway entry details :o)


Also, check out her blog The HodgePodge Files for another chance to win!

I decided to repost this Black History post in dedication to Don Cornelius may he rest in peace... 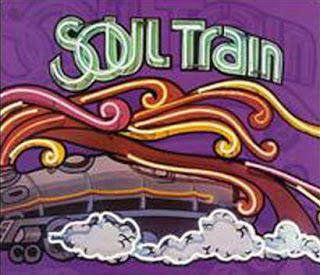 In August of 2010, Time Life commemorated Soul Train's 40th Anniversary with the release of a DVD box set. The box set includes interviews with the Soul Train Dancers, and show performers, their live show performances, as well as the classic commercials from the Soul Train sponsors Ultra Sheen and Afro Sheen :o)

Soul Train premiered on WCIU-TV on August 17, 1970 as a live show that aired on weekday afternoons. In October of 1971, Soul Train aired in national syndication with co-sponsor the Johnson Products Company.

The Johnson Product Company’s Ultra Sheen and Afro Sheen commercials were some of the first of their kind, produced exclusively for black audiences. The company was launched in 1954 after George Johnson borrowed $500–half from a bank and the other half from a friend. It was the first hair care brand developed specifically for African American hair.

The company’s first product was Ultra Wave, a hair relaxer for men. By the end of the 60s, the company boasted annual sales of over $10 million, and during the 70s Johnson Products ranked as the largest African American–owned manufacturing company in the nation.

This movement encouraged blacks to feel good about how they looked, and attempted to undue the notion that their natural traits were ugly.

The "Black is Beautiful" movement advocated black women and men to embrace their natural features, by encouraging them to stop straightening their hair and bleaching their skin. The images portrayed on Soul Train and the Ultra Sheen commercials reinforced this notion...

If you would like to read more on Soul Train and/or the Ultra Sheen commercials check out - Blackness In All Its Beauty an article I had the opportunity to write for Soul Train's website.

Check out one of the popular Ultra Sheen Commercials that featured Afros, Puffs and Cornrows :o)

I had to post a Soul Train line dance vid :o) This features Fred Wesley and The JBs' song Doing It To Death.

Peace and Blessings...
Posted by Laquita at 8:00 AM No comments: